Home » Religion » Darwin, Religion and the Rise of a Secular World

Darwin, Religion and the Rise of a Secular World

During most of human history divine creation was the only paradigm for understanding our place in the universe. It was the grand context, the social ocean in which we lived out our lives. Human beings were divinely created in a special way that set us apart from the rest of God’s creatures. We were born, we lived and died in God’s world. There were no alternative perspectives. Our frame of reference, world view and the society in which we lived were profoundly influence by this inescapable constant. There were always questions and great disputes about nature, especially with the rise of science, but nobody seriously doubted our divine creation. Religion, and therefore religious leaders, held sway over every aspect of our social and intellectual development…  that is until one reluctant scientist came to see that human beings arrived here by natural evolution and not a single act of divine creation. Charles Darwin glimpsed the profound impact his discovery would have on the world. He knew there would be unintended consequences and a contemporary backlash that would make his life difficult. He waited as long as possible before publishing “On the Origin of Species.” 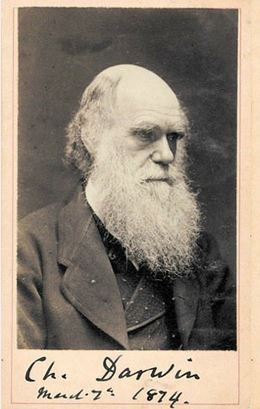 At that moment a new paradigm for human understanding became inevitable. It spawned a natural view of creation and the universe that would successfully compete with mystical beliefs in a god-centered universe. It eventually opened up a vast new social space that could be occupied by those seeking an alternative to a religious view. Today we call this vast social space a secular society, but nothing like it ever existed before. It was (and can still be) liberating and wide open with possibilities that were unimaginable under the divine paradigm. It was a space where science and technology thrived. A new sense of objectivity was a direct outcome. Ethics and morality could be studied from perspectives that were independent from specific religious texts. New philosophies sprung up and took root. It allowed us to create secular institutions of learning, medicine and other scholarly disciplines . We created secular governments, secular economies, secular business corporations and all manner of social organizations not immediately related to religion. It allowed for the creation of truly pluralistic societies and more religious tolerance than the world had ever known. But it also challenged and diminished the power of religions across the globe.

The secular paradigm that has emerged is not antithetical to God or a rejection of religion or spirituality. It is just a social  framework. It is a religion neutral space where individuals are free to explore spirituality, question their beliefs or challenge tenants of their faith traditions without fear of social reprisals. It also allows citizens to accept or reject a creator god. In these ways it undermines priestly traditions and the central authority of many world religions. Religious fundamentalists who view the world as either good or evil are prone to see secularism as evil.

It is almost unimaginable today to conceive of a world without a secular alternative to a totally faith based society, especially when the fault lines separating the secular and religious worlds are still so active. In my view, the growing religious fundamentalist movements around the globe are just the most recent reactions to the declining power of organized religions to effect social change. Among Christian fundamentalists, at least, Darwin’s theory of evolution still remains at the epicenter of competing beliefs, especially with respect to the belief systems to which children are exposed. So much of the polarity and apparent disconnect found in our current politics derives from these underlying tensions between the religious and the secular. In fact, many of the global conflicts today share these same roots. The denial of climate change and the mistrust of science by conservative or fundamentalist constituents are a further manifestation of this divide.

The 19th Century saw the rise of civil secularism and the 20th Century was its flowering period. Secular societies refer to themselves as the “modern world.” They are associated with the rise of free markets, powerful business corporations and the technological revolution that has transformed every aspect of modern life. The global rise of religious fundamentalism is a rejection of modernity and secularism.  It is easy to see this play out in the Middle-East where Muslim fundamentalist have resorted to violence in efforts to regain control over their people and establish Shari law. Islamist groups openly reject modernity and refer to the United State, that great exporter of secular culture, as “the Great Satin.”

Here at home these same underlying tensions are hidden in plain view because our fundamentists happen to share America’s dominant religion. The rise of politically active religious conservatism should also be seen as a rejection of modernity and secularism, just as it is in the Arib world. In many Christian communities there is strong peer pressure for Christians to conform to social norms that most resemble 18th Century America. There is also a strong distrust of secular media, secular science and especially secular government. Christian fundamentalist often view the government as corrupt because it is non-thestic and therefore evil. Secular society is evil because individuals are free to reject God’s authority. They seek to change that and establish the centrality of God in government and all aspect of American life. A theocracy would not be out of the question for them. Theirs is a direct assualt on our constitutional government as it was originally intended. Out of “Christian love” the majority of American’s continue to tolerate the increasingly intolarent Christian Right.

Ironically, most Christian fundamentalists have no problem embracing godless corporations and the free market economy. Secular society has allowed capitalism to slip the bonds of religious morality. This launched a corporate movement that is currently challenging and overpowering civil control of government. Part of the reason for its success is this alliance with the Christian right. The dynamics between secular society, fundamentalist religious society and the corporate, free market elite account for most of the forces driving today’s social changes.  The current government shutdown might signal the first crack in the corporate/fundamentalist alliance.

This conceptual outline of underlying social forces has helped me make sense of current events and today’s social movements. I find myself returning to these themes whenever I need to place new developments into context. I hope that other readers might find this framework as useful.

By Brian in Religion, Science, Society, Uncategorized on October 14, 2013.
← Ted Cruz, Money and the Power to Turn Out The Lights A Passionate Call for an Alternative to Poliltics →