Rupert Murdoch, chairman and CEO of News Corp., and one of the richest men on the planet, recently claimed that free markets are morally superior to more social based ideas of morality and fairness.  “We’ve won the efficiency argument,” he claimed.  Now he hopes to persuade us that free markets are morally superior and that socialism fails because of its “denial of fundamental freedoms.”  In Murdoch’s world the idea that market success is based on greed is a false characterization that creates confusion. He believe that markets succeeds where governments fail, not because of greed, but because people are given “… incentives to put their own wants and needs aside to address the wants and needs of others.” 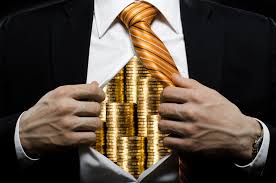 It sounds great!  But before you buy into this idea you should know he goes on to say, “To succeed, you have to produce something that other people are willing to pay for.”

Therein lies the rub.  To succeed you must “produce.” For Murdoch, distributive justice is the natural outcome of these purely commercial transactions.  He quotes Arthur Brooks at the American Enterprise Institute who defines fairness as, “… the universal opportunity to enjoy earned success”. The key words here being “earned success.” Accordingly, producers are entitled to all they earn because if their product wasn’t successful, consumers are free to not buy their product. This is a cruel argument to make in the face of an elderly person having to choose between buying food or medicine, of course.  Nevertheless, in this view every sale in a free market system automatically results in a fair distribution of wealth. No other social factors should apply.  In fact, to take from producers what they’ve earned to support the lives of less successful or non-producing human beings is immoral, in Murdoch’s view.

“What’s fair about taking money from people who’ve earned it and giving it to people who didn’t,” Murdoch asks.

But Murdoch’s whole notion, which closely mirrors that of Ayn Rand, ignores the whole complex social economy in which commerce and every other human activity actually takes place.  It rejects the wisdom that markets only exist to serve societies needs.  Markets are manmade entities and not a natural phenomenon, but Murdoch’s narrow view treats markets as natural entities that are morally superior to society. It limits the meaning of production to that which has a monetary exchange value.  It assigns social value to the creators of products according to their market success, measured in material gain.  It does not account for the material contributions of the public domain in making commerce and stable markets possible. Even though the monetary value of a product is co-dependent on a consumers’ willingness to pay, it does not assign any social value to the consumer.  Only the source of a buyers money gives them any social status.

This leaves open the question of how, or even whether, to assign social value to those not immediately involved in commercial production. These folks include children, the disabled, the elderly, the unemployed, those who care for children, woman on maternity leave, all government employees, military personal, clergy, law enforcement, etc.  Murdoch’s view begs the question; What is a person worth when their value to society cannot be directly measured by their market place success?

Murdoch’s views are shared by many of today’s corporate elite.  It is the makers vs. takers mentality.  It is a view that can only be described as anti-social at best, sociopathic at its extreme. It opposes all government interventions in the market place and opposes most government regulations.  It is a philosophy designed to restricts the ability of ordinary citizens (i.e. government) to assure that our markets and commerce works for the good of society and not just for the benefit of the economically powerful. It implicitly confers ownership and control of the markets to the most powerful market makers while failing to acknowledge the corrupting effects of power on financially successful human beings.  By denying the humanity of markets it denies the vulnerability of markets to human weaknesses. This puts society at risk and cripples humanity from solving some of the really big challenges we face as a species.  How we chose to define distributive justice is arguably the most important economic question of our time. How we ultimately marshal our economic resources to solve our really big problems depends on how we ultimately organize our economy.

[Ruppert Murdoch’s views as expressed can be found at the following URL: http://nation.foxnews.com/rupert-murdoch/2013/04/22/rupert-murdoch-op-ed-case-market-s-morality?utm_source=feedly&utm_medium=feed&utm_campaign=Feed%3A+FoxNation+(Fox+Nation)]