Home » Economy » Is Our Obesity Epidemic a Result of the War on Wages?

Is Our Obesity Epidemic a Result of the War on Wages?

America has a growing obesity epidemic. This we know for certain. We also know that obesity is far more prevalent among poor Americans and that more and more Americans are slipping into poverty.  Real, inflation adjusted wages have been stagnant for over 30 years. Current wages are in decline and the number of people below the poverty line is near an all time high. 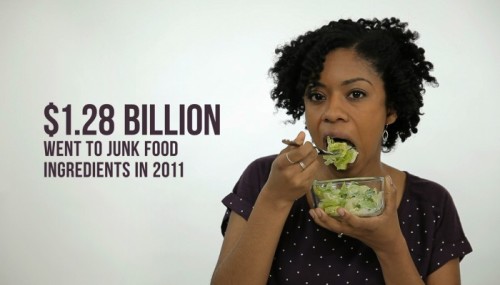 In April of this year the New York Times published an article highlighting two recent studies that looked at whether people in poor communities had access to stores and supermarkets that sold fresh, healthy foods. These  two studies found that the poor have as much, or more access to stores selling healthy foods. One study found that poor neighborhoods have twice as many fast food restaurants and corner stores, but almost twice as many supermarkets as well. So the “food desert” theory of why poor American are more obese appears to be false.

A second theory on the connection between obesity and the poor is that they can’t afford to eat healthy. This is the “calories are cheap, nutrition is expensive” theory.  Supporting this notion a recent American Journal of Clinical Nutrition  study that found  $1 could buy 1,200 calories of potato chips but just 250 calories of vegetables and 170 calories of fresh fruit.  An excellent CNN article recently reported that:

“Ground beef that is 80/20 is fattier but cheaper than 90/10. Ground turkey breast is leaner than the other two but is usually the more expensive. And many of us can’t even begin to think about free-range chicken and organic produce — food without pesticides and antibiotics that’ll cost you a second mortgage in no time at all.”

And the cost of groceries is rising.  The U.S. Department of Agriculture estimated the weekly grocery bill for a family of four was about at $134.50 in 2010 and $141.20 in 2011. An extra $7.00 per week is a lot for families living below the poverty line, especial when family incomes are in decline.

Other recent research also suggests a strong link between poverty, obesity and US food policy.  While genetics may play a role in obesity, socioeconomic class may be a better predictor of obesity.

AcademicEarth.org has posted a brief video on their Website explaining this link that also relates it to current U.S. food policies.  They report that Americans today eat 25% more calories than they did in the 1970’s (the same time period when hourly wages stopped rising with hourly productivity).  The additional calorie intake is skewed towards lower income families.  This important video federal food subsidies and other U.S. policies may be directly contributing to the current obesity crisis.  Please view the video here:   http://academicearth.org/electives/the-economic-cost-of-obesity/.

By Brian in Economy, Food and Product Safety, Health on June 21, 2013.
← Teen Pregnancy and the Bible Belt Micro Drones and the Future of Spying →